The much-awaited telecom package is unlikely to bail out the ailing telco, Vodafone Idea, in the long run, according to industry experts.

Experts said the reforms are mostly procedural although some benefits will accrue to the stronger players, including Airtel and Reliance Jio.

Even with the government’s four-year moratorium on payment of annual dues arising out of the AGR judgment and spectrum auctions, experts believe that Vodafone’s demise has been merely delayed by a few years. Industry veterans believe that it remains unlikely that Vi will still be able to pay its AGR dues once the moratorium ends, as the path to generate enough revenues to pay AGR dues with interest, four years down the line, is going to be a tough one.

The government has proposed overall nine structural reforms and five process reforms, of which the key reform is the four-year moratorium on annual AGR and spectrum payments. This will give immediate relief and lead to an influx of liquidity into the ailing industry to invest in the upcoming 5G wave and further improving the 4G network.

However, the net present value on the due amounts is going to be protected by charging an MCLR plus two rates of interest on the moratorium amount.

“Given that the government wanted the plan to be NPV neutral, this is merely pushing the can further down the road. So what are supposed to be ₹24,000 crore of annual spectrum and AGR payments for Vi, will now be ₹37,000 crore annually four years down the line,” an expert told BusinessLine on conditions of anonymity.

According to the expert, payment of high dues to the government, investing in new technology and participating in auctions will be extremely difficult for Vodafone even in the future.

“The government said that this programme is NPV neutral. Though the NPV neutrality only works if Vodafone survives as the government has the biggest exposure against their payables. The current package may not necessarily bail out Vi from the existing mess.” Kapoor said.

According to Kapoor, Vodafone faces an uphill battle fiscally, with past payments haunting the telco even with the moratoriu.

“Their EBITDA at ₹5,500 crore falls short of covering their capex, their payables to the government and other agencies, they have to repay their NCBs, they have to renew their bank guarantees worth ₹12,000 crore in the near future which their current EBITDA cannot support. If their past is not addressed, their future will always remain a big question mark.”

Many troubles for Voda

Due to its financial troubles, Vodafone Idea is already in poor shape in comparison to other telcos. Possessing a relatively poor network quality, losing subscribers and it is far behind in investments into the 5G race. Experts believe that given Vodafone’s present troubles, it is unlikely that it will be able to sufficiently compete with other telcos even with the influx of liquidity given the moratorium. Therefore, it remains uncertain whether Vi will be able to pay back to the government 4 years down the line.

An anonymous source has told BusinessLine that Vi’s revenues will need to increase by 2.5 times their current amount and their EBITDA must become seven fold in the next four years for them to survive.

In a press statement, Kumar Mangalam Birla, Chairman of Aditya Birla Group and former Chairman of Vodafone Idea, said, “The path-breaking reforms announced by the government today will go a long way in unshackling the telecom sector. These reforms demonstrate the government’s firm commitment to ensure healthy growth of the industry”

Nick Read, CEO, Vodafone Group, added, “Although the sector has struggled for many years, we expect that the government’s constructive initiative announced today — along with the continued strong support of the Telecom Minister and the Finance Minister — will be the beginning of a new era for India’s digital ambitions and for Vi’s continued contribution to creating an inclusive and sustainable digital society to benefit all citizens” 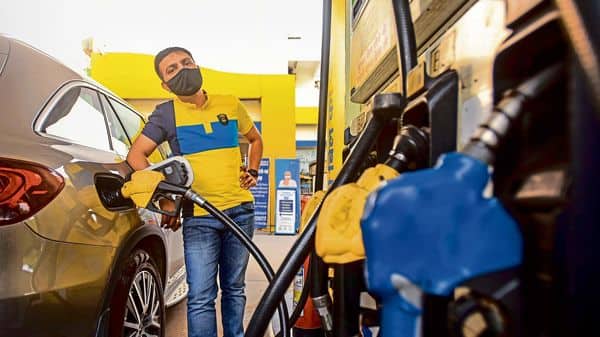