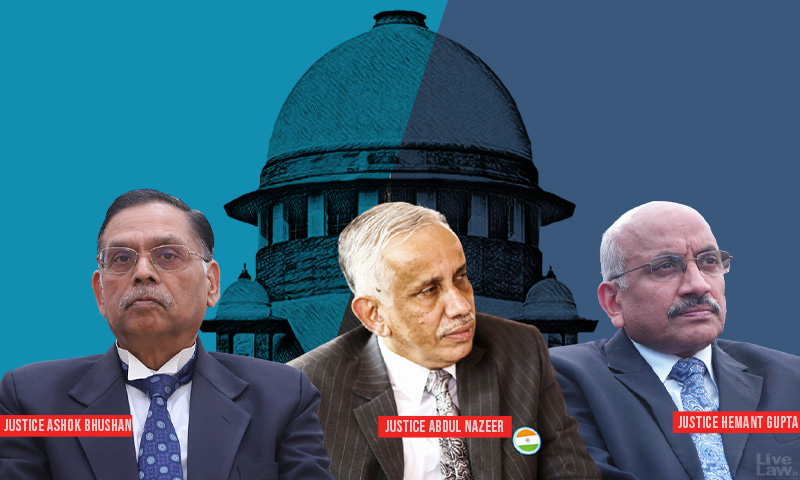 Just because a business was run by a karta of a Hindu Undivided Family in a tenented premise, there is no presumption that it is a joint Hindu family business, held the Supreme Court in a recent judgment.

“There can be presumption of Hindu joint family property if the property has been acquired by the male member or if the same has been treated as joint Hindu family. But no such presumption is attached to a business activity carried out by an individual in a tenanted premise”, observed the Supreme Court in the case Kiran Devi v. Bihar State Sunni Wakf Board.

The case was a civil appeal relating to the tenancy rights over a property owned by the Bihar Sunni Wakf Board. The plaintiff had filed a suit seeking declaration of tenancy rights on the basis of a claim that his great grandfather had been running a hotel business as a tenant of the Wakf Board.

The Wakf Board’s primary defence was that the tenancy had been surrendered by the successor of the original tenant and the hotel business was discontinued and hence the plaintiff had no rights over the property. In respect to this argument, the plaintiff contended that the surrender of tenancy was invalid, as it was a unilateral surrender made by the karta without taking note of the rights of the coparacenors of the joint Hindu family.

The Suit was ultimately transferred to the Wakf Tribunal, which rejected the prayer of the plaintiff, accepting the surrender of tenancy. This was reversed by the Patna High Court in revision by the plaintiff. The High Court decision was challenged in the Supreme Court by a subsequent tenant, as she was directed to be dispossessed by the HC to induct the plaintiff.

To decide the validity of the surrender of the tenancy, the Supreme Court had to consider the issue whether the business run in the tenanted property was a joint family business.

The bench held that the High Court erred in concluding that the business run by the tenant was a joint Hindu family business. Tenancy was an individual right vested in the great grandfather of the plaintiff, which was later surrendered by the plaintiff’s grandfather. Tenancy was entered in individual capacity and not in the capacity as karta of the Hindu Undivided Family.

So far as immovable property is concerned, there would be a presumption that the same belongs to joint family, provided it is proved that the joint family had sufficient nucleus at the tim eof its acquisition, but no such presumption can be applied to a business, the SC further observed, relying on the precedent in P.S. Sairam & Anr. v. P.S.Rama Rao Pissey & Ors (2004) 11 SCC 320.

“Thus, mere payment of rent by great grandfather or by the grand-father of the plaintiff raises no presumption that it was a joint Hindu family business. The High Court has clearly erred in law to hold so without any legal or factual basis”, the judgment authored by Justice Hemant Gupta observed.

“..even if a male member had taken premises on rent, he is tenant in his individual capacity and not as Karta of Hindu Undivided Family in the absence of any evidence that Karta was doing the business for and on behalf of Joint Hindu Family”, the Court added.

The Apex Court noted that the High Court has presumed the existence of the joint family of which Ram Sewak Ram was said to be the Karta from perusal of the Ration Card issued on 2.12.1949.

In this regard, the Supreme Court observed that Hindu Joint Hindu Family cannot be presumed to be in existence only on the basis of Ration Card unless there is evidence that the funds of joint Hindu Family were invested in the business in the tenanted premises.

Hence, the High Court has committed a basic error of law and fact that the payment of rent or the Ration Card proves that the tenant was carrying business as a Joint Hindu Family Business.

Surrender for benefit of joint family, even if it is presumed to be a family business

The Court also held that even if the business was presumed to be a family business, from the facts it was possible to infer that the surrender of tenancy would have been for the benefit of the joint Hindu family.

The pleaded stand of the Plaintiff is that the hotel was closed for several years. Therefore, the liability to pay monthly rent continued to accrue upon karta.The question is as to whether, in these circumstances, on account of cessation of activities of running of the hotel, the act of the surrender of tenancy is in fact for the benefit of the joint family. The Court held that such surrender was for the benefit of the Joint Hindu family.

Read a related report about another aspect of the same judgment – Petition Styled As One Under Article 226 Would Not Bar High Court To Exercise Its Jurisdiction Which Otherwise It Possesses: Supreme Court

Get informed on the top stories of the day in one quick scan – CBC.ca